A Familiar Name is in the Run for Oakville Town Council

A local community activist and a somewhat familiar name around Oakville has announced he is running for the Ward 2 council seat in this fall's municipal elections.

Fraser Damoff, currently the executive director of Cycle Oakville, declared his intentions via a statement on his personal website on March 22.

Damoff is also the spokesperson for the Save Glen Abbey Coalition, a board member of the West River Residents Association, volunteers at the Kerr Street Mission Food Bank, and serves on the organizing committee for the Oakville Terry Fox Run. 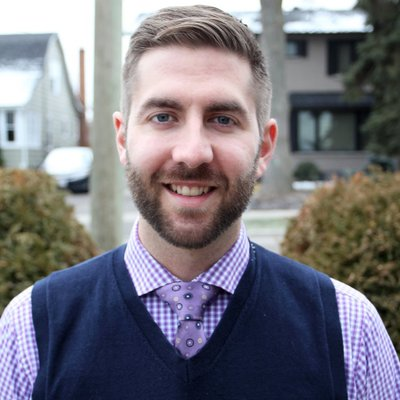 He also happens to be the son of Liberal MP Pam Damoff, who represents the Oakville North-Burlington riding. She is also a former Ward 2 town councillor.

Some of the initiatives Damoff said he wants to bring attention to at town council include building safer and complete streets for commuters, facilitating more affordable housing options, protecting green space, working with BIAs to drive more business into their areas, and better communication with the local community.

This is not Damoff's first run for Oakville town council.

He ran for Ward 2 in a 2016 by-election when his mother resigned her seat after she was elected as an MP in the 2015 federal election, placing third behind two other candidates who also had deep community ties.

Recent ward boundary changes have not only given Oakville two additional wards, but changed the boundaries of some existing wards. Ward 2 now includes the Glen Abbey Golf Course and some of the adjacent neighbourhoods surrounding it. Glen Abbey has been the focus of some contentious debate in town, as land developers who wanted to build residential townhouses on it are being met with fierce resistance from local residents and town council.

It seems Damoff is leveraging on his advocacy work with the Save Glen Abbey Coalition to see if he can capitalize on some “save Glen Abbey” votes during the fall, which is not an unwise political move.

Potential candidates can start registering on May 1.

Here's Everything You Need to Know About Parking this Family Day at Square One
February isn't everyone's favourite month because of the cold and snow that often accompanies it, but the shortest month of the year has a few things going for—namely Valentine's Day and Family Da
END_OF_DOCUMENT_TOKEN_TO_BE_REPLACED