Man Facing Charges After Being Stopped on Highway in Burlington

A male driver who was stopped by police in Burlington is now facing charges, according to OPP Sgt. Kerry Schmidt.

On the morning of Wednesday, January 30, Schmidt reported numerous complaints from the public regarding a driver wearing a ski mask on the QEW near Appleby Line.

The male was taken into custody to undergo a mental health evaluation.

The driver’s vehicle, with the word “KILL” written on its rear window, was towed from the scene.

The male is now being charged with dangerous driving, mischief, and using a disguise with intent, Schmidt reported around 5:30 p.m. on Thursday.

He is identified as a 47 year old man from St. Catharines. 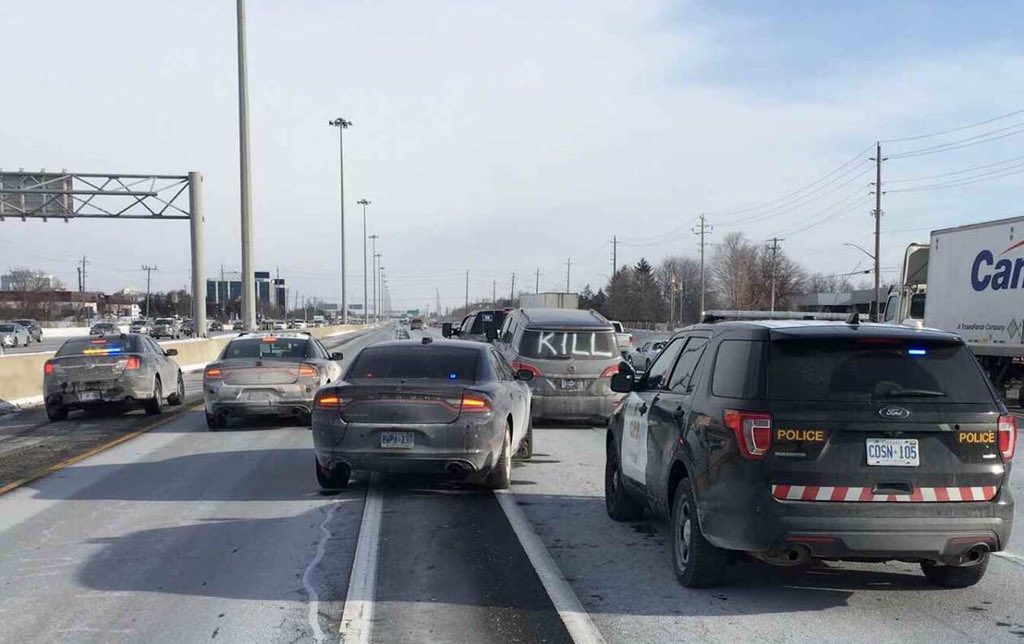