A new townhouse development was approved by Oakville town council at the April 19 planning meeting, but some residents are not happy about it.

Some of the buildings used to be a dog kennel business called Wag-a-Way animal centre.

This application came from DiCarlo Homes, and the property is located at 2136 and 2148 Trafalgar Road, just north of Upper Middle Road. 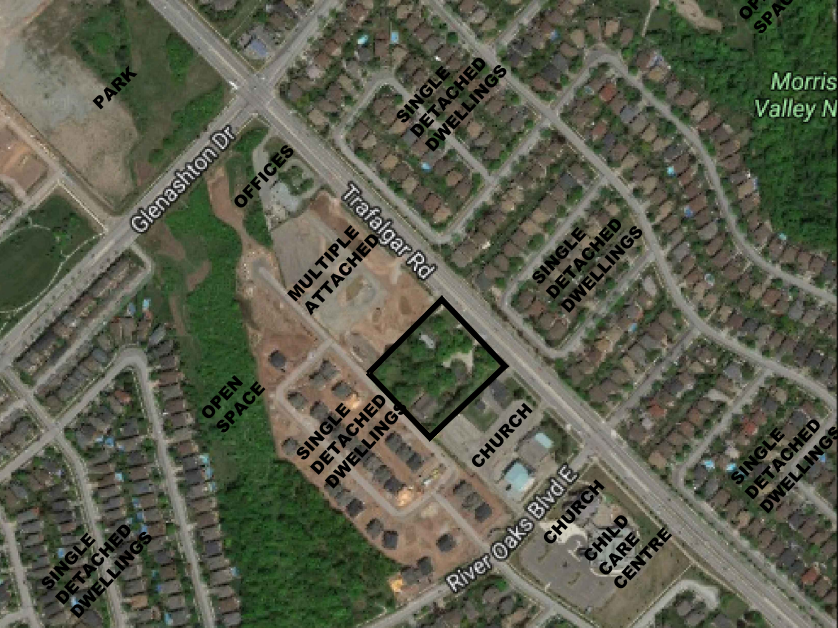 In the conceptual designs, the request is for a 4 storeys and 59 units of rear lane townhomes with vehicle access from Lillykin Street. There will be 9 visitor parking spaces, and the land would have to be rezoned to allow mixed-use. 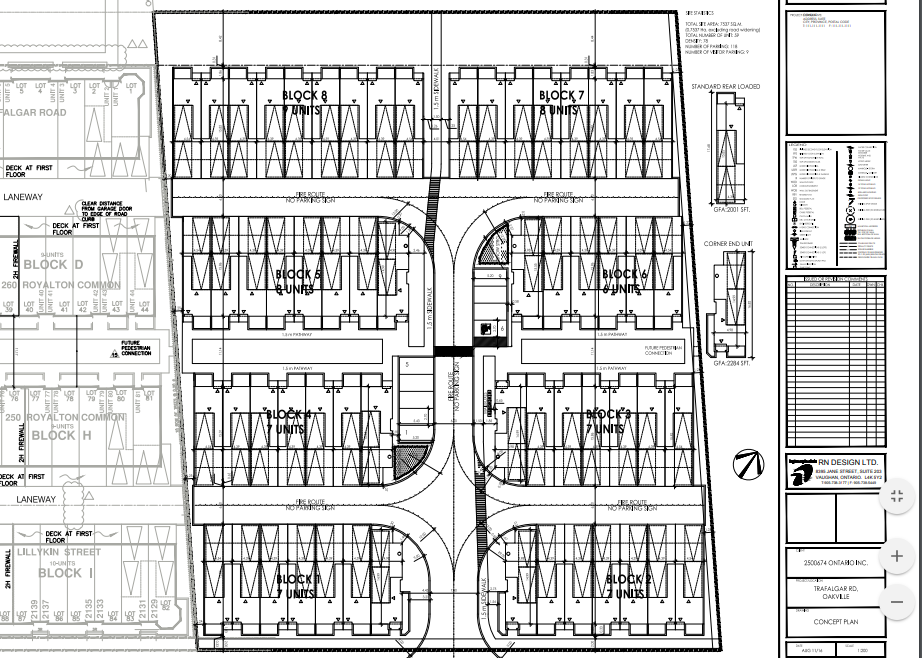 According to Tricia Collingwood from Oakville Planning during her presentation, the property is “ideally situated” on Trafalgar Road which is designated to be a multi-modal transportation corridor. She also went on to address several concerns residents had with the application: 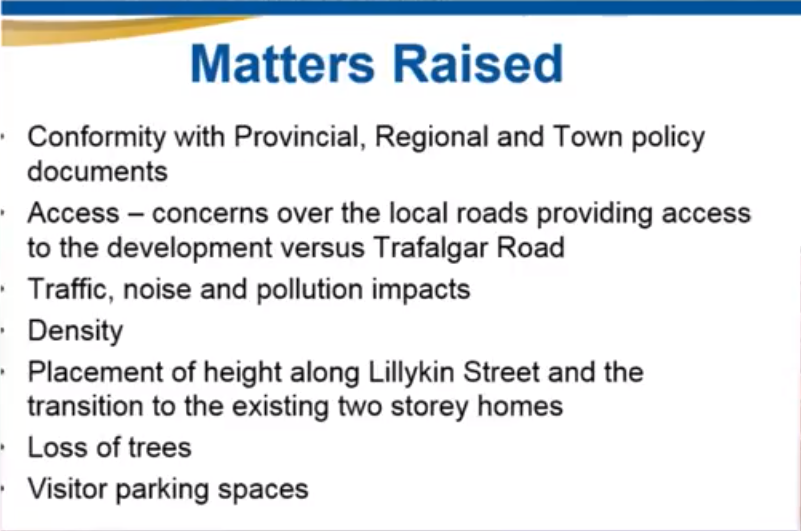 Collingwood responded to each of these concerns, and concluded it was staff’s recommendation to approve the application:

Diana Vlasic, a planner representing DiCarlo Homes, confirmed her clients’ support of the recommendations from Planning staff. But there were a few residents from the public gallery who came forward to voice their concerns over this development.

She also said the four storeys would block the sunlight and view on the two storey residences creating shadows, thereby impacting families negatively, and the proposed development is not suitable for the neighbourhood. Another resident, Zia Malik, echoed similar sentiments said the development would create bottleneck traffic on residential streets.

There was an interesting exchange between a man named Janusz Brzek and local councillors representing the area about certain real estate practices. Brzek said he purchased his property and pays high taxes as he was given assurance that this would be a quiet area, but now it’s basically a ghetto. Brzek also noted that the proposed development will bring vehicle congestion on a small residential street with no access to Trafalgar Road, and parking will be chaotic.

Ward 5 Councillor Jeff Knoll disputed the assertion that the area has become a ghetto and asked Brzek who told him it would remain a quiet area, to which Brzek answered his real estate agent. Knoll replied there is some ongoing issue with real estate developers telling prospective buyers what they want to hear with regard to what is being planned in the surrounding community, instead of what is actually happening, especially in north Oakville. Knoll, and Councillor Marc Grant said that if any changes were made to this application, the amended result could be even less papatable than before.

More information on this planning application includes, but not limited to:

Have you ever had a real estate agent or developer tell you something about the quality of a property or location that later turned out to be the opposite in your mind?