An Oakville resident says he was shocked after getting a big lotto win.

52 year old Brian Dickinson was recently congratulated by OLG for winning $66,981 in the Poker Lotto All In jackpot on January 24, 2019.

The married father of two works as a transit operator.

"This win is like a breath of fresh air. It feels like I'm hitting the reset button,” Dickinson said while picking up his cheque at the OLG Prize Centre in Toronto.

He plans to spend more time with family, save for retirement, and buy a new truck.

The winning ticket was purchased at Husky on Fourth Line in Oakville. 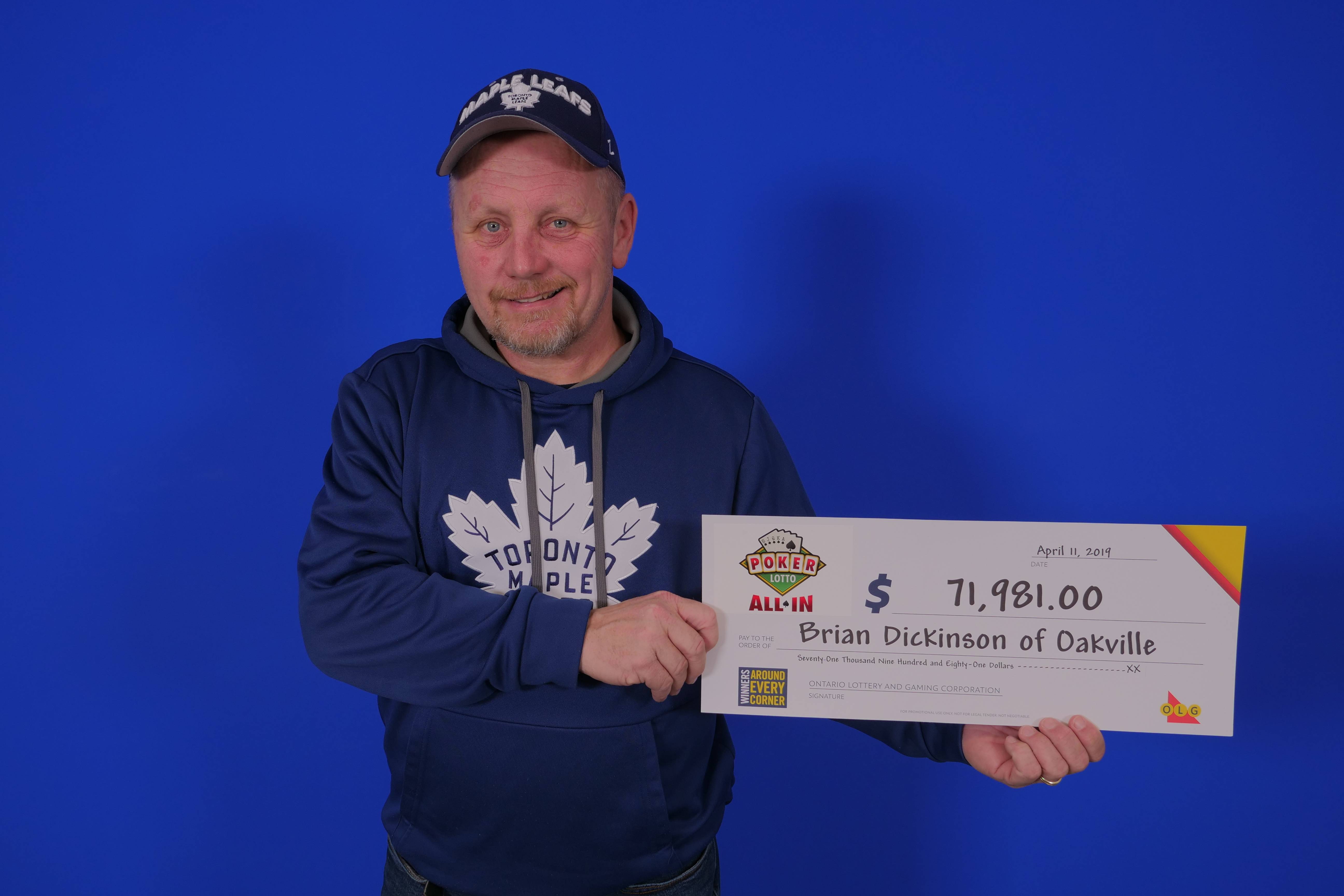 5 Best outdoor winter activities outside...
Top 5 places to get chocolate in Burlington
5 Hotspots outside of Halton for a Family Day...
Top 5 bakeries in Burlington
5 Best romantic restaurants outside Halton
END_OF_DOCUMENT_TOKEN_TO_BE_REPLACED