The Ontario Liberal Party has selected a new candidate for the newly redistricted constituency of Oakville North-Burlington for the June provincial election, completing their slate of candidates which includes three cabinet ministers alongside a fresh face who is running in his first foray in provincial politics.

Alvin Tedjo, a director of government relations for Sheridan College and a former Queen’s Park staffer, was acclaimed as the candidate this past Saturday at the St. Volodymyr Cultural Centre for the newly drawn riding.

Oakville North-Burlington (ONB) was carved out of portions of the current Halton riding. Halton will now be known as Milton, where current Minister of Education Indira Naidoo-Harris will stand for re-election. 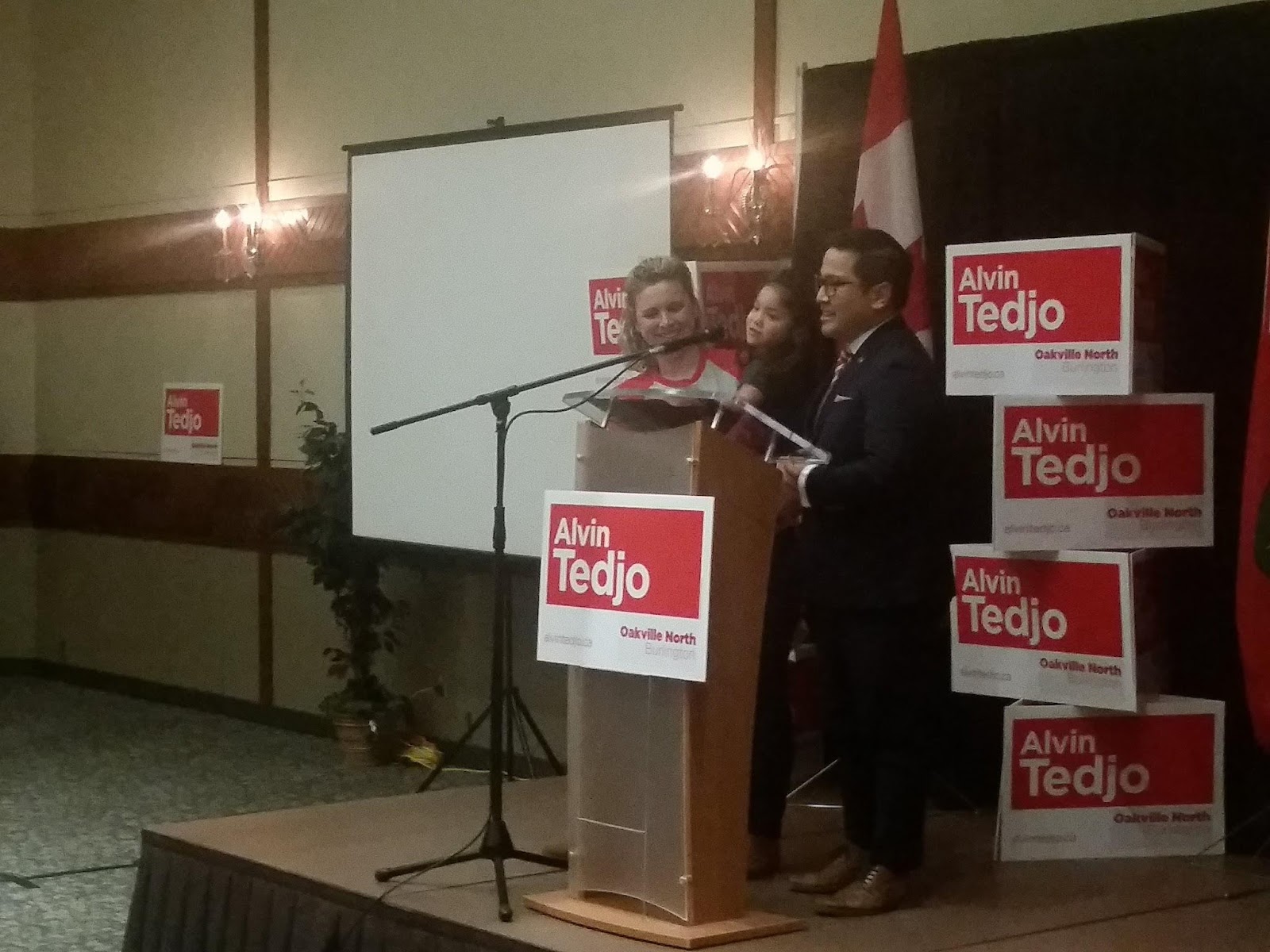 Originally, the nomination was contested between Tedjo and Melissa Peneycad, a director at the Institute of Sustainable Infrastructure, but a recent family emergency caused Peneycad to withdraw her candidacy in favour of allowing Tedjo to stand acclaimed, according to Daniel Roukema, who is the local party riding president, as well as Peneycad's husband.

Alongside residents from the riding and beyond, there were numerous political heavyweights who came to support Tedjo's nomination, including Labour Minister Kevin Flynn (who represents Oakville), Naidoo-Harris, Burlington MPP and cabinet minister Eleanor McMahon, Trinity-Spadina MPP Han Dong, as well as Oakville Mayor Rob Burton.

They all stressed how well the province has been doing under the Liberal administration; Burton said since 2003 it has been “the golden age of cities” and never saw this kind of good work done under the previous Progressive Conservative government. The other politicians echoed similar sentiments, saying they will be there to support their new colleague’s quest to become an MPP and to ‘keep the riding in the red column.’

Tedjo, a father of three children, currently resides in Mississauga near the Dundas St. and Winston Churchill Blvd. area. Since he works at Sheridan’s Trafalgar campus, Tedjo drives to work every day through the riding and works with several groups in the area, as he explained in an e-mail to inhalton.com.

In terms of the priorities he is bringing forward in his candidacy, Tedjo's main focus has been education: trying to make it more affordable, accessible, and higher quality. In addition, he is looking at championing improvements to child care such as calling for more supports for new parents, including expanding parental leave and introducing paternity leave, which he outlined in this interview he did for CBC.

Tedjo faces Progressive Conservative Effie Triantafilopoulos, as well as the Libertarian Party's Charles Zach, for the right to be the first MPP for the new Oakville North-Burlington riding. The Ontario NDP and Green Party have yet to nominate their respective candidates.

The provincial election is scheduled to take place on June 7.