Canadian military preparing to get involved in COVID-19 pandemic
Web conferencing platforms at risk of phishing during COVID-19 crisis
5 things to know about Ottawa’s support for Canadians & businesses during COVID-19
Doug Ford discusses help for businesses and urges residents not to go to cottages during COVID-19 outbreak
Indigo lays off 5,200 employees, stores closed indefinitely

Could the City of Burlington get more city councillors in the future?

Recent musings by Mayor Marianne Meed Ward during a panel of municipal leaders reacting to the end of the regional government review may have revived the idea.

During an episode of TVO’s The Agenda with Steve Paikin, the mayor mentioned that Burlington had more councillors around the chamber until the mid 1990s, when they decided to downsize to the current seven-member council (six councillors plus herself).

Meed Ward said that while the councillors do manage the increased workload, having to serve both on city and Halton regional council, the debate over whether to have more city councillors ratcheted up during the 2018 municipal election, but died down and disappeared during the regional review when the focus was on stopping potential amalgamation.

“The issue regarding Burlington Council’s size came up during the last two municipal elections with some residents asking for an additional one or two council members. No further action has been taken at this point nor is it being immediately contemplated, but it is something we are aware of and will monitor,” the mayor said in an email to inhalton.com.

Perhaps it’s a good idea now to look back at the history that eventually changed the size of Burlington council.

As far back as 1976, Burlington had as many as 16 councillors representing eight wards. They had a model similar to what the Oakville has today: one councillor will sit only on city council and another will double up and serve on regional council as well. 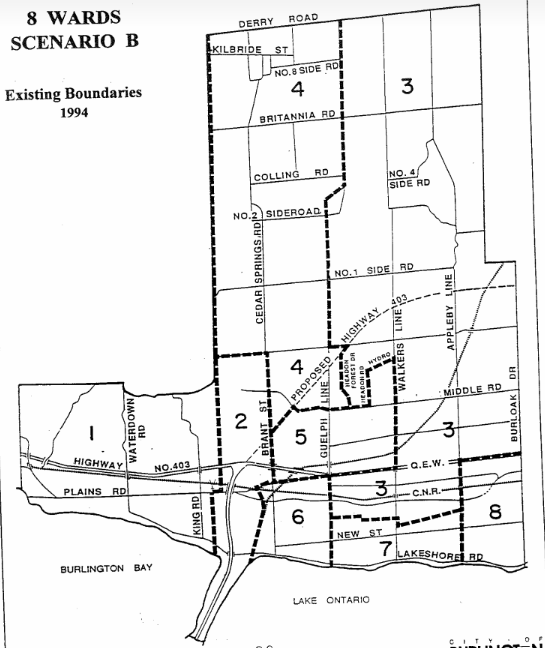 Burlington ward boundaries circa 1994. Image courtesy of the City of Burlington

Some time around 1996, city council amended their ward boundaries and reorganized councillors so that each member served on both Burlington City Council and Halton Region council, similar to how Mississauga has had their councillors also sit on Peel Region.

Back then, the population of Burlington was only around 130,000 as opposed to the 180,000 as of the 2016 census, so the following ward boundary scenarios that were presented two decades ago were based on those population numbers. 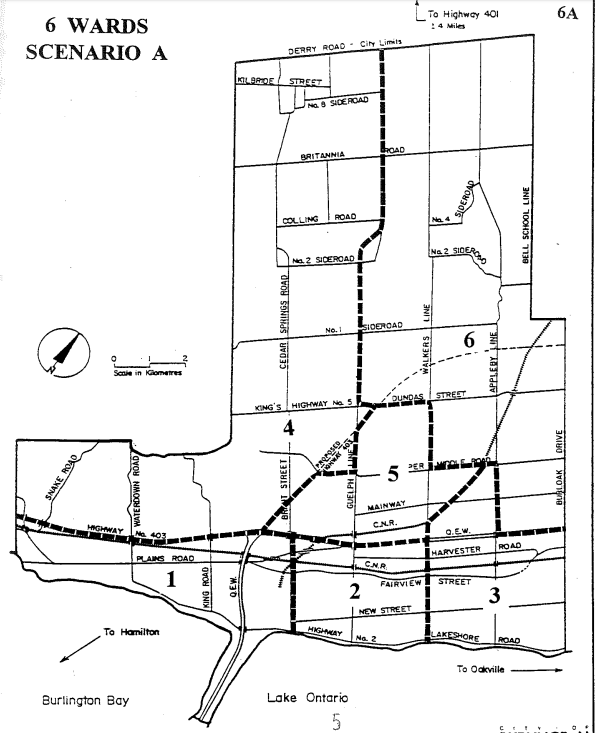 Here’s one of the original versions of a six ward council, although in this version Ward 1 is south of the QEW and Wards 3 and 4 switched places. Below is another version of 6 wards for Burlington. 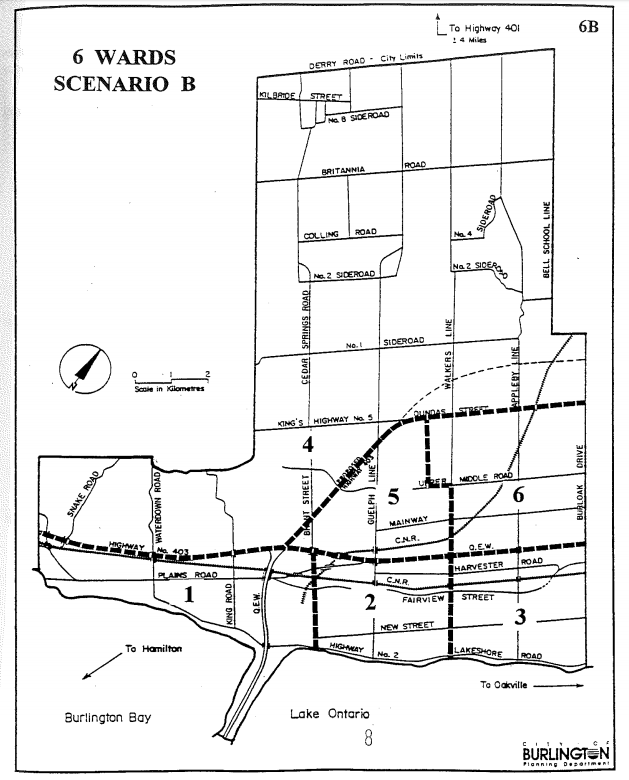 For a seven ward scenario, the city ward boundaries may look something like this, as what council mulled over during the 1990s. 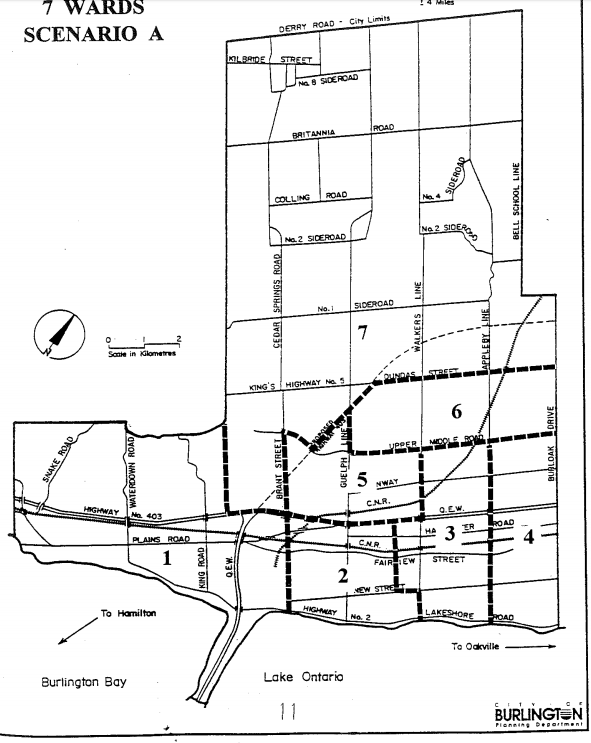 And for another eight ward scenario apart from the existing ward boundaries at the time: 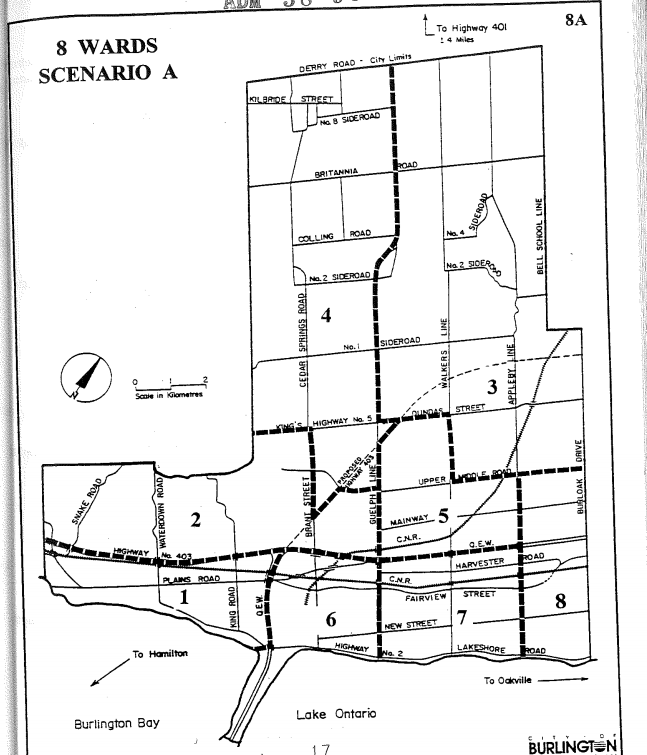 Should the city decide on whether to add a few more councillors down the road, with Burlington not likely to decrease in population any time soon, perhaps referencing some of these old maps may be a good idea.

Do you think the City of Burlington needs some additional city councillors?