There is a new member on Oakville town council …

At least until after the municipal election in October.

Councillors appointed Peter Longo as the new Ward 4 representative to complete the remainder of the term, which expires on Nov. 30, 2018. 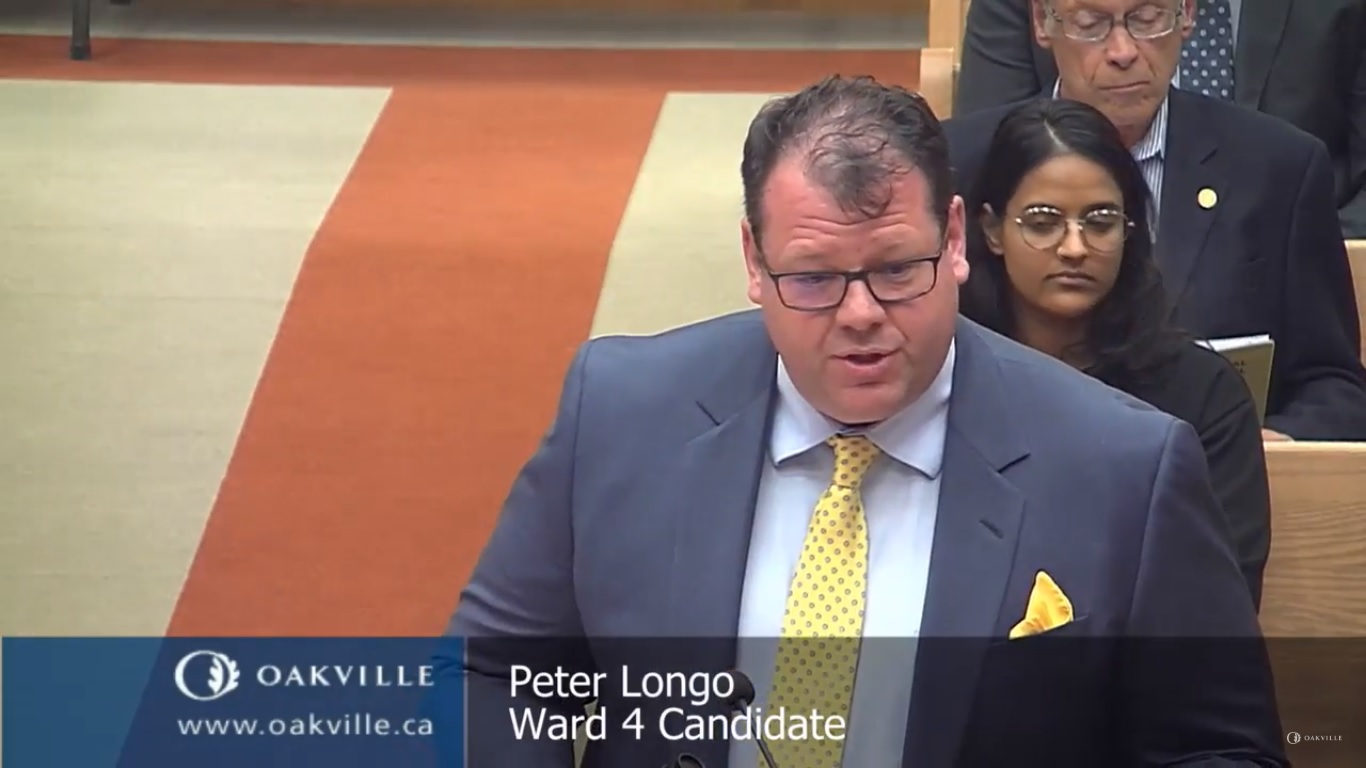 The current Ward 4 in Oakville stretches from Hwy. 403 in the south to the northwestern boundaries of town and to Sixteen Mile Creek in the east. It includes Bronte Creek Provincial Park, Oakville Trafalgar Hospital, and neighbourhoods such as Glen Abbey and Westmount. 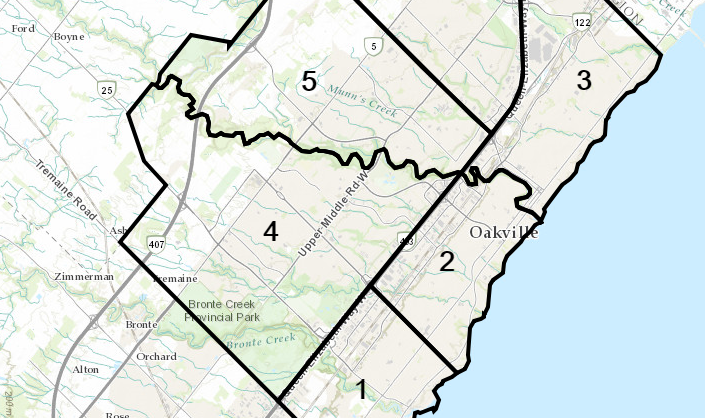 The appointment was triggered when Roger Lapworth resigned on March 30 for "personal reasons." During a meeting on April 3, council decided to fill the vacancy by an appointment. Some 16 individuals submitted their names for nomination by the rest of the councillors.

Candidates were given five minutes to present before a special council meeting on May 7, based on the following suggested list of questions:

One of the interesting caveats was that candidates were not specifically bound to some promise not to run in the October election, unlike in Mississauga where a council appointment recently took place in that city. There were at least two candidates who did promise to run in the election.

Longo is a 16-year resident of Oakville, and studied urban planning at York University. His professional background states he is a director at Mohawk Medbury Corporation and a logistics director at St. Michael's Hospital. He also mentioned work in environmental advocacy as a past chairperson of the Halton Ecological Advisory Committee and involvement with the Save Glen Abbey Coalition.

"I think you will find me a person who will listen and communicate carefully, be perspective and respectful, building strong relationships, being approachable, fair, patient and consistent in dealing with all," Longo said in his remarks.

A process of marking ballots was conducted amongst the sitting councillors, and in the end Longo ended up with seven votes, while fellow candidates Rohit Dhamija got two votes and Gerald Popp got one vote.

Mayor Rob Burton then swore Longo into office before the new councillor took his seat.

Oakville recently readjusted its ward boundaries and added an additional ward. The new Ward 4 will be more geographically centred at the intersection of Third Line and Upper Middle Road, as the outer parts get redistributed into Ward 1 and the new Ward 7. 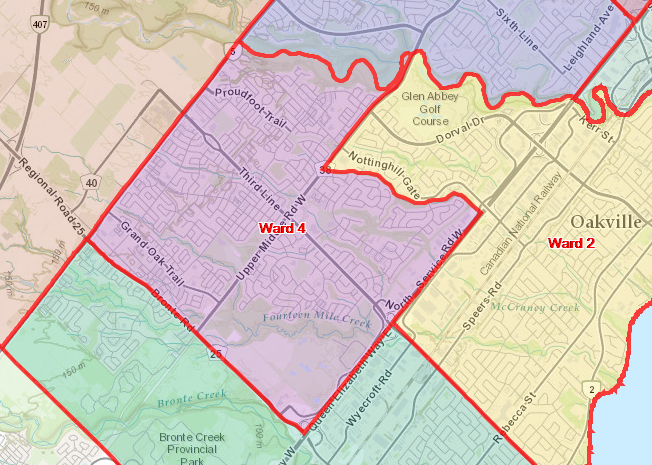 The entire special council meeting can be seen here.

Maps courtesy of the Town of Oakville.