The MP for Brampton-Springdale from 2011 to 2015 defeated Milton local and Halton regional councillor Mike Cluett by a margin of 490 votes to 114 votes. Gill will now go on to be the Tory standard bearer for the riding of Milton, facing off against Liberal incumbent Indira Naidoo-Harris in the next provincial election. Naidoo-Harris is also the Minister of Early Childhood Education in Kathleen Wynne’s government. 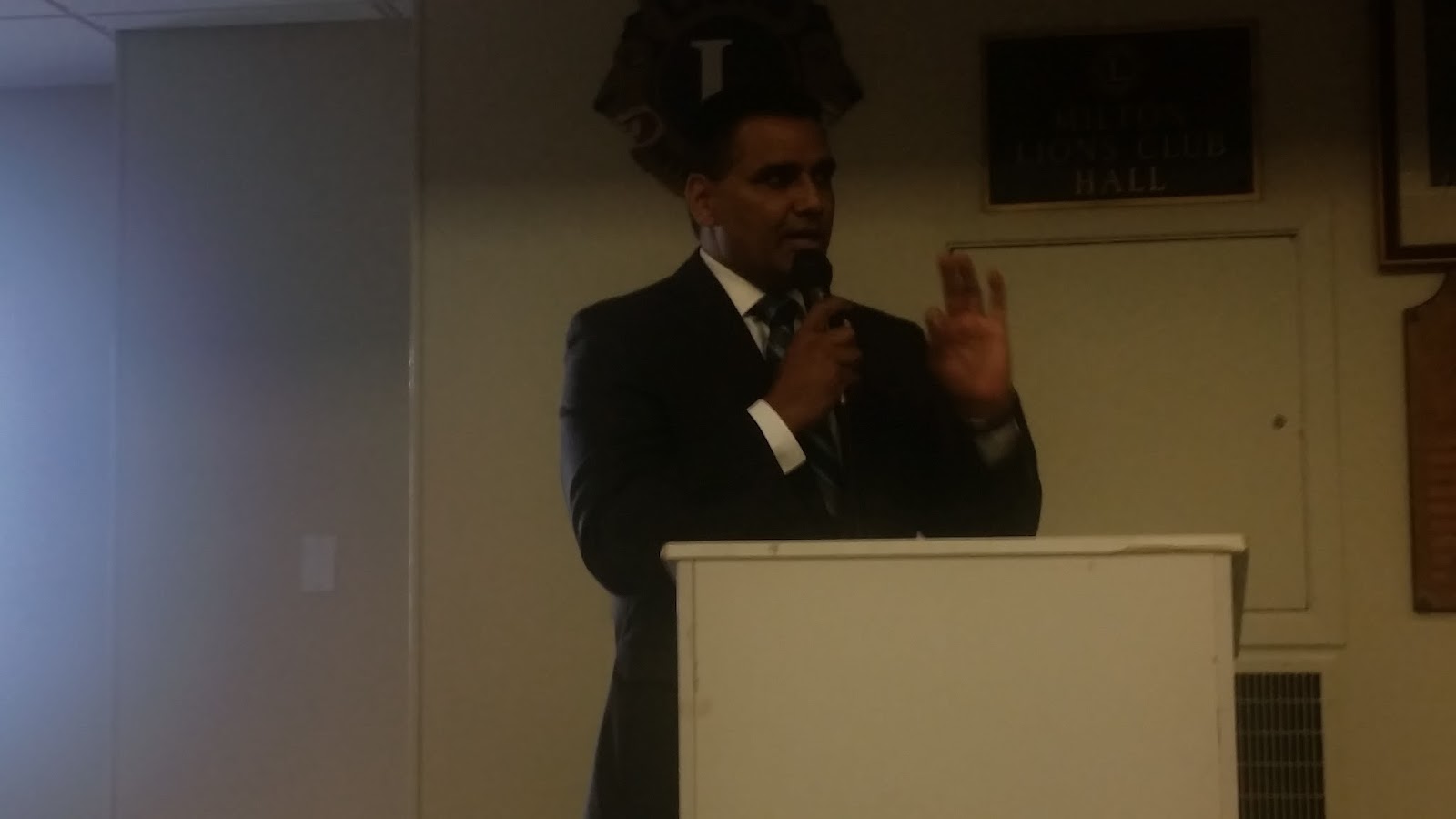 Parm Gill speaks to Milton PC voters before the nomination

I previously wrote this article a few months ago about Gill, and while it may seem strange for MPs from one city to seek political office in another, Gill would not be the first candidate to run in another riding he did not have long-term roots in (many so-called ‘parachute candidates in the past have done so). But while Gill moved to Milton, as he revealed in his speech before the voting began, he has run in various ridings in Toronto as well as in Brampton, so his roots in the community are quite shallow.

Also, Gill has had a string of controversies that have dogged his political career, one of which was collecting donations from Liberal Party supporters without their consent. That particular incident occurred during and leading up to the 2015 federal election, which Gill lost, but according to some Milton residents, similar tactics resurfaced in Milton for this nomination contest.

This is a Facebook post of a letter received by a resident named Faisal Elahi. The letter he received from the Ontario PC Party notifies residents of the nomination vote on June 18. (This is standard procedure when notifying party members of upcoming votes in their local ridings to select candidates for election). What is noticeable, however, is that Elahi is a member of the Liberal Party, specifically in charge of fundraising activities in the Milton riding.

The responding comments to Elahi’s post range from one gentleman suggesting the PCs were having so much trouble recruiting members they have started poaching from Liberals, to another man who opined that perhaps something darker was afoot; if someone handed a PC candidate a list of Liberals then one can assume they could be unduly influenced. Some on social media have even harsher words after Gill’s win.

Gill has not been directly connected to any of these irregularities, but Cluett said these allegations were quite serious and called into question a violation of ethics under the rules of the Ontario PC party. 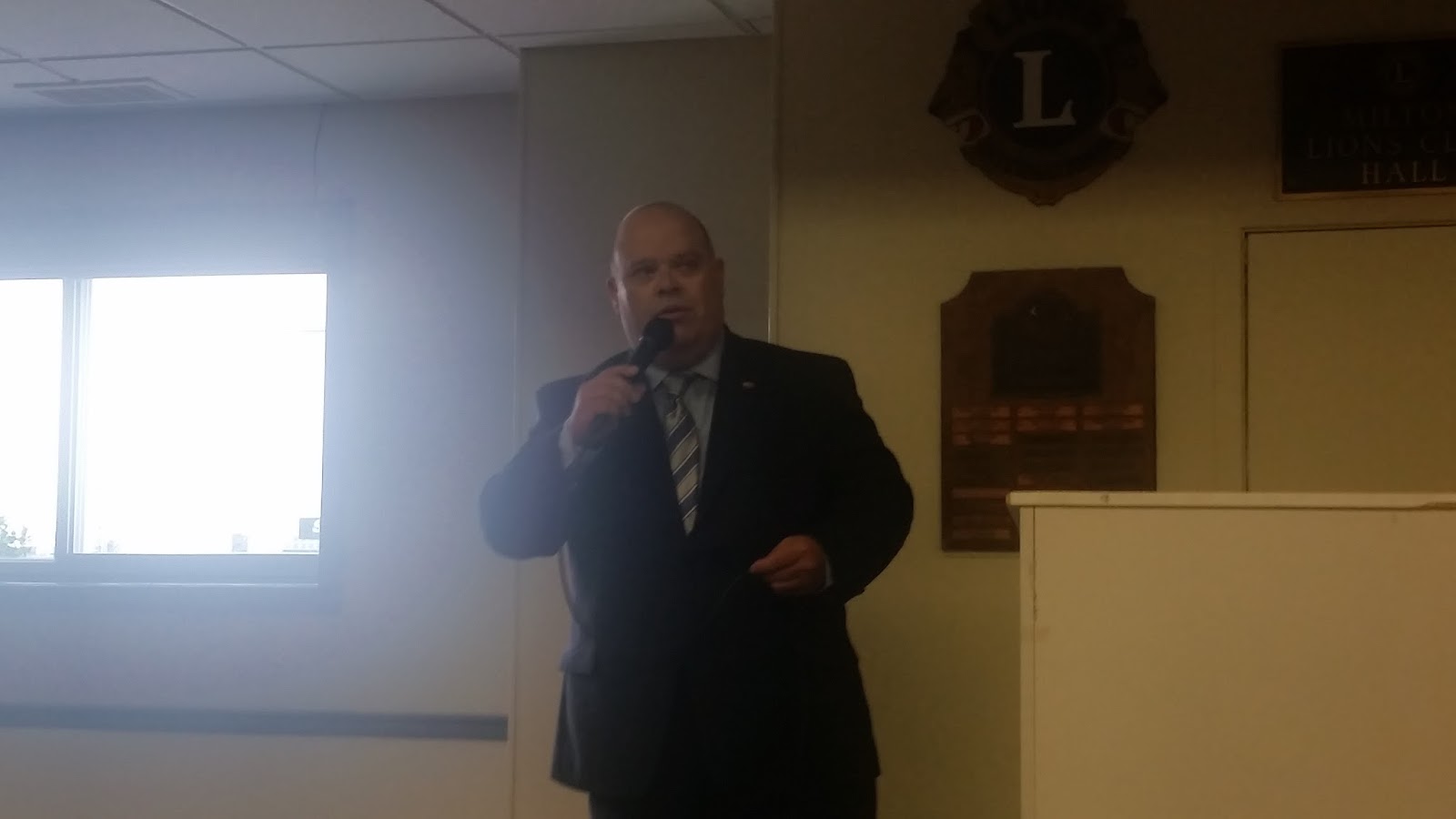 “There’s been a number of them who said they didn’t sign up, they didn’t pay for their membership, someone must have done it on their behalf. And some are angry, and rightfully so,” Cluett said. He said he “double and triple checked” members who signed up with his campaign, estimated to be at least 750 to 800 people, and he confirmed they did so knowingly and willingly. Some on social media had even harsher opinions.

From what I observed at the Milton Memorial Arena where the voting took place, Gill’s volunteers and organizers definitely had the stronger ground game. His team had a table set up at the front entrance and large lawn signs with Gill’s picture surrounded the perimeter of the arena, with Cluett’s smaller signs dotting in between. 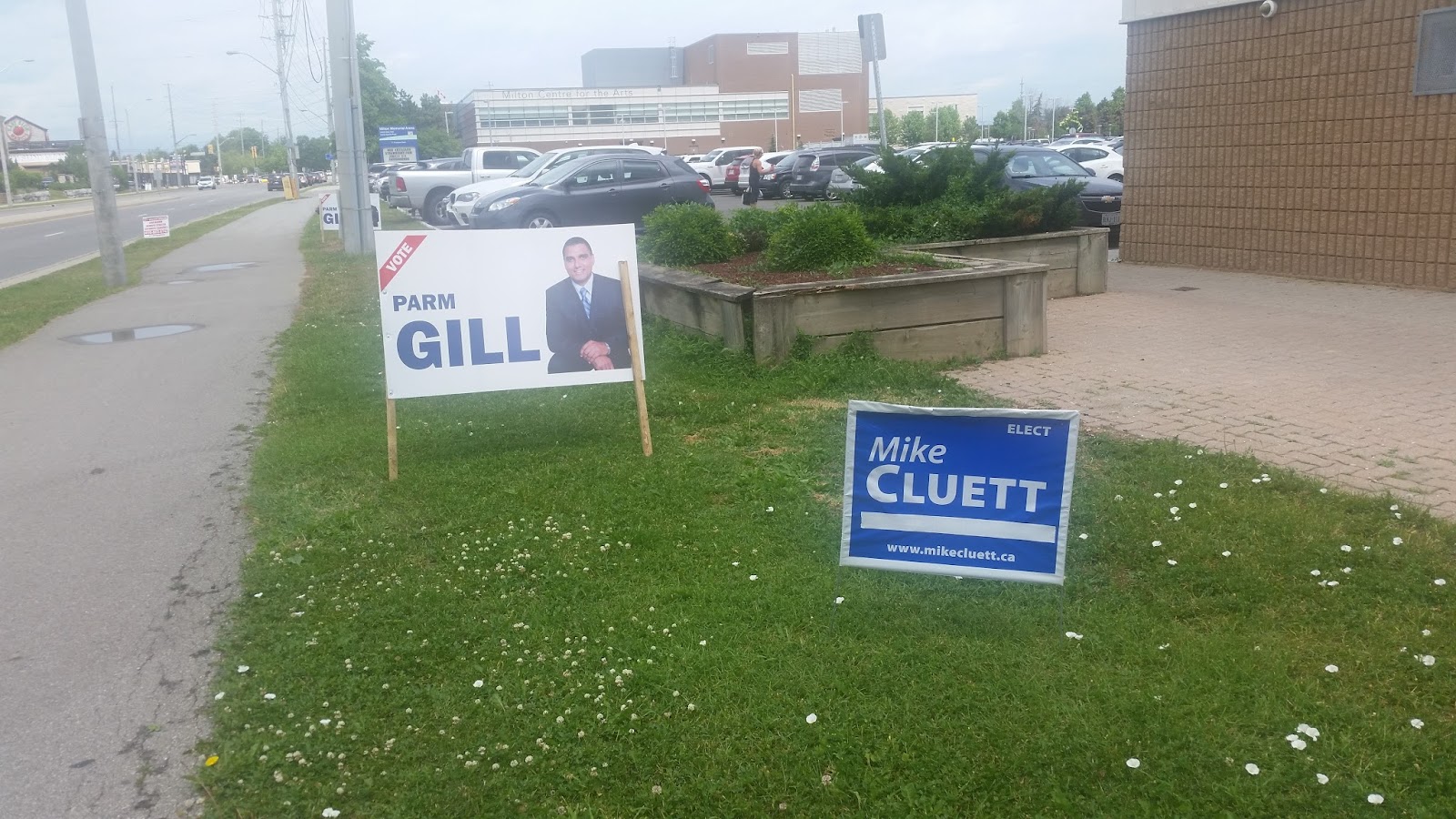 I would say the nomination was well attended. When the speeches began there were about 100 people packed into the small room. People flowed in and out of the room from noon to around 3 p.m. to vote; they didn’t necessarily have to stay for the entire event. 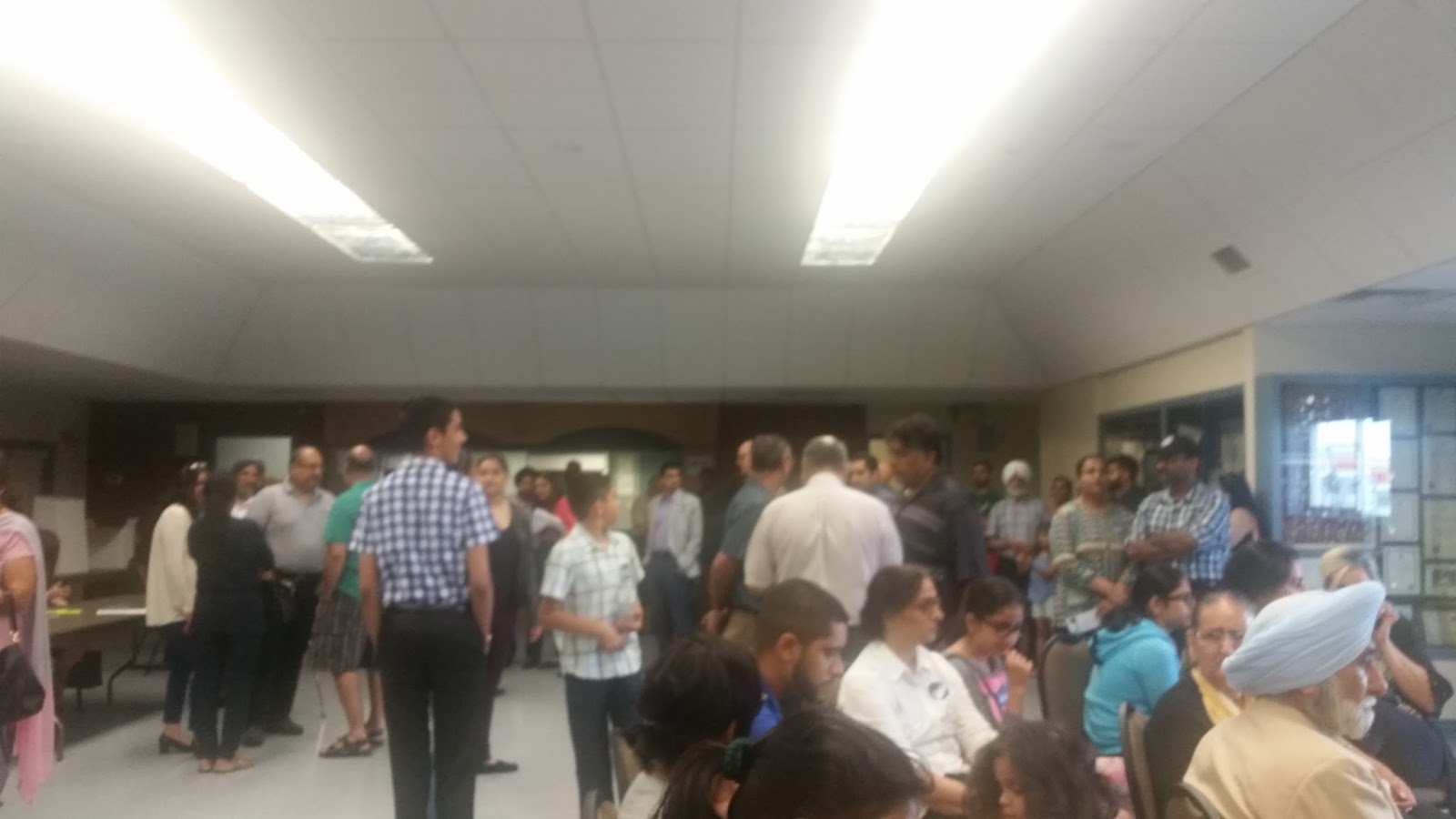 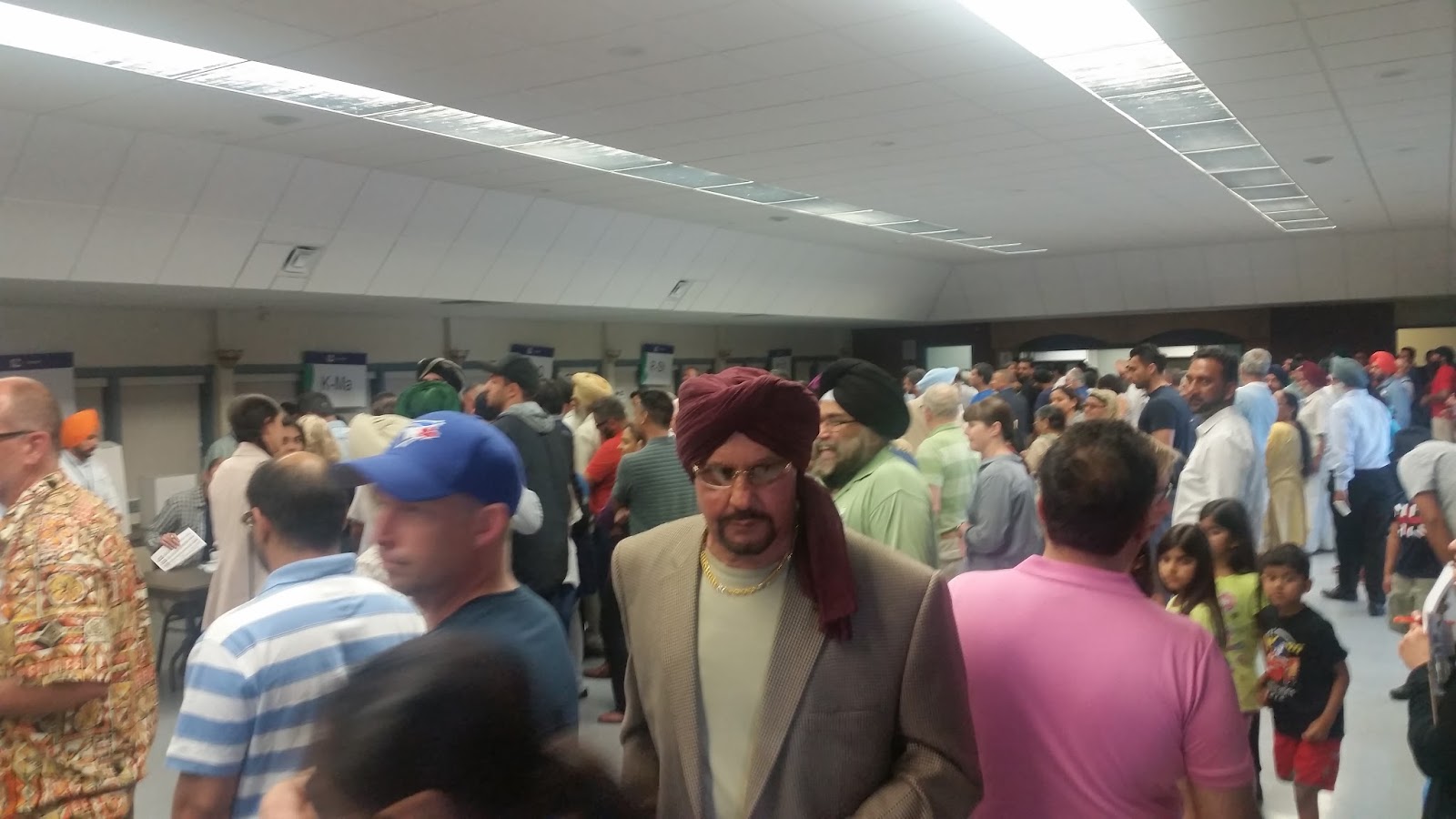 Ontario PC party president Rick Dykstra was present. He gave a quick speech to let everyone know that both candidates would speak before voting would commence. But with the recent controversies that have been plaguing PC nominations across Ontario recently, I wouldn’t be surprised if Dykstra was also there to show the local activists that the party was watching to make sure that everything went smoothly and by the party’s rules. (Dykstra told City News “the Milton nomination process was carried out fairly, and was monitored and certified by Pricewaterhouse Coopers”). 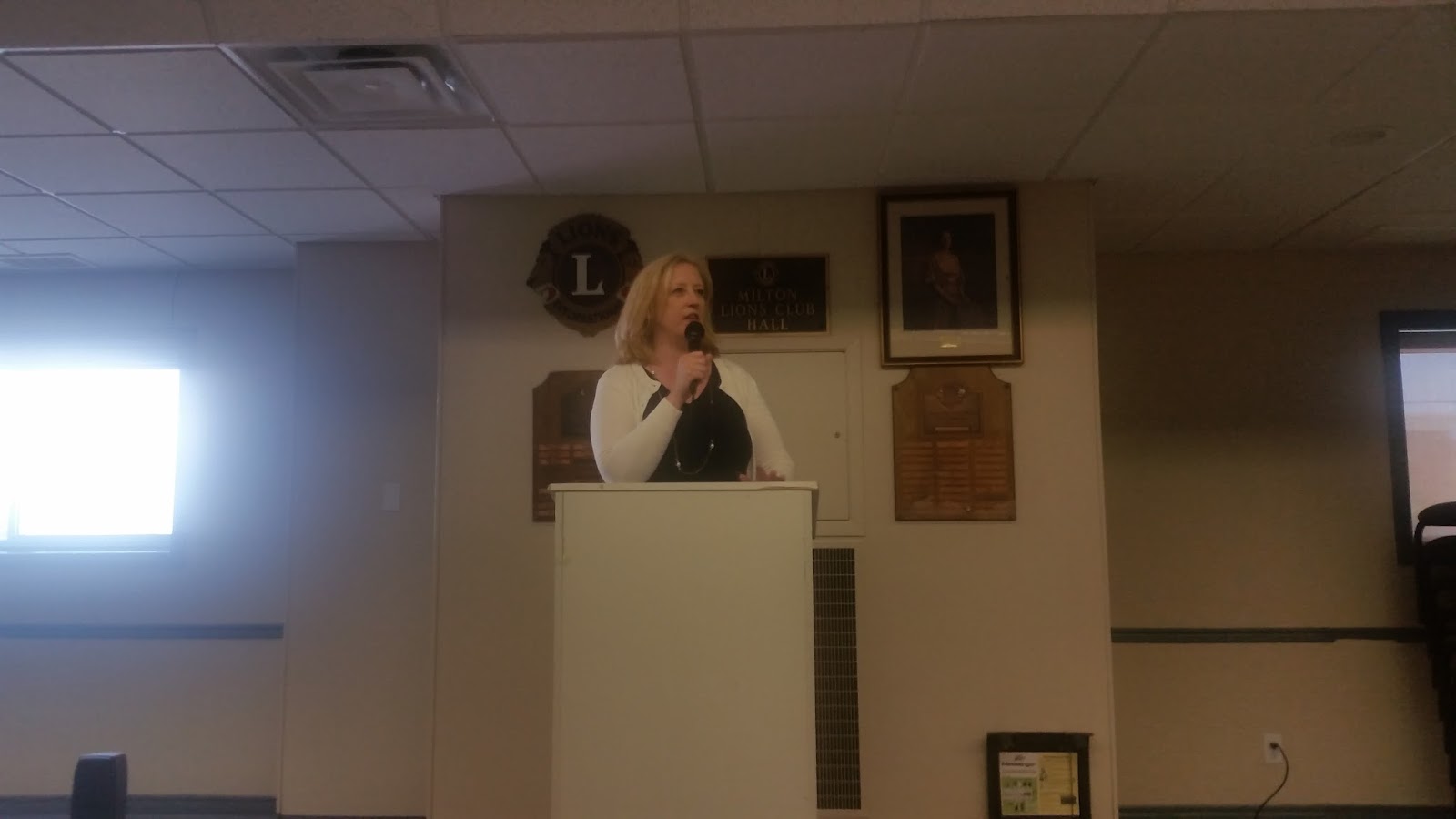 Gill might have visually had the room, but I think Cluett had the better pitch to Tory activists. Federal Conservative Milton MP Lisa Raitt (pictured above), a former contender for the recent federal leadership, came to endorse Cluett (he has been a long-standing supporter of Raitt dating back to her first federal run in 2008 as well ). Cluett’s campaign manager Sameera Ali also praised him for his outreach to the Muslim community in helping to organize the vigil for the Quebec City shooting as well as Ramadan. 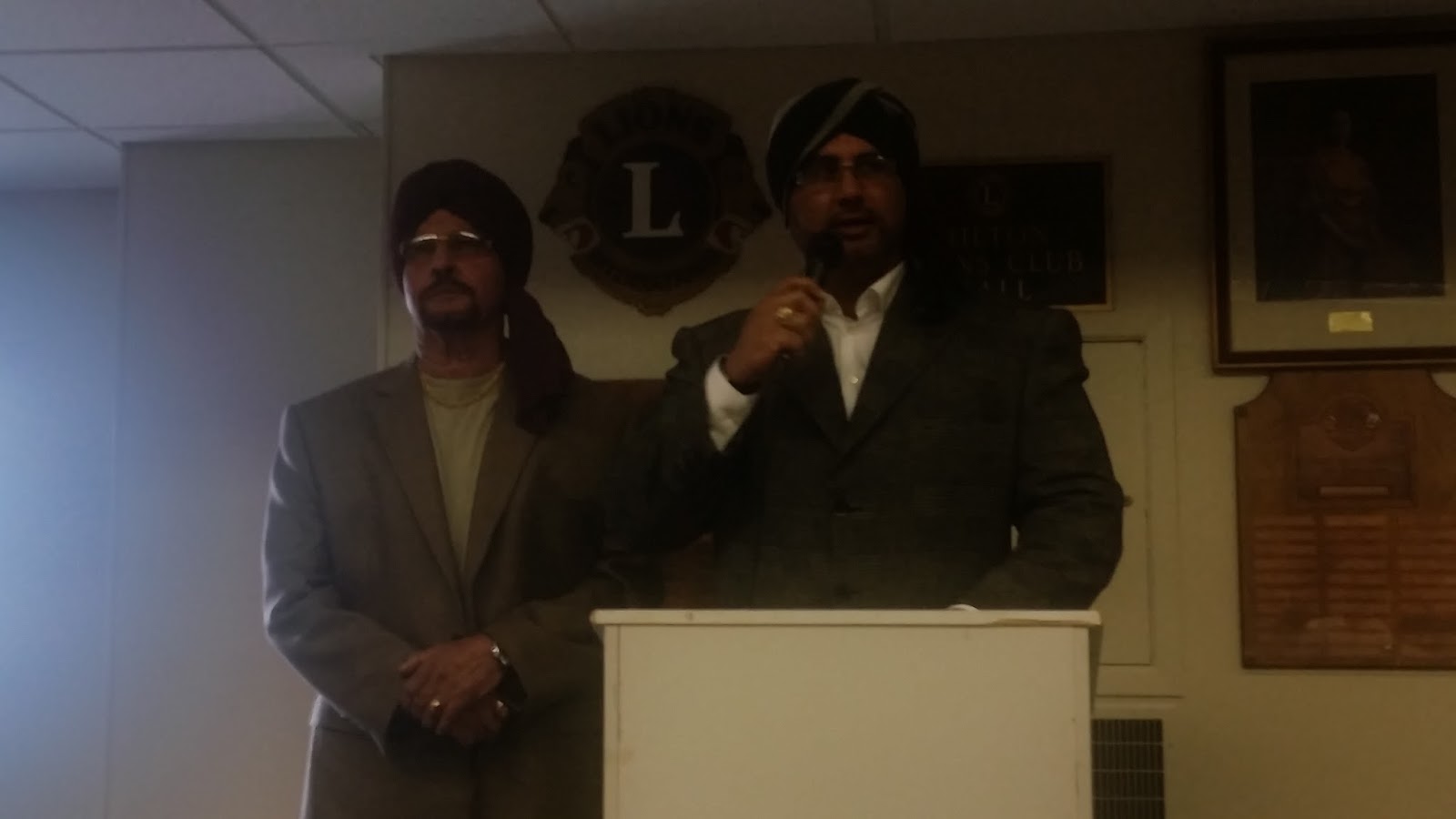 But the most interesting speakers and guests of the day were former professional wrestlers and long-time community leaders Tiger Jeet Singh and his son, Tiger Ali Singh; both of whom have been working with Cluett throughout many years for various community projects. Ali Singh brought up how the people in the room needed to support someone who had the experience to do good for Milton as a whole (and that’s what  the Singhs believe they see in Cluett) and not just because you were told to by a friend or a family member.

That last remark was telling because while Ali Singh was actually referring to Raitt’s Liberal opponent in the last federal election, who according to him, only won the Liberal nomination simply because he managed to get numerous ‘friends’ to vote for him, that description seems to fit Gill as well.

While I was walking back to my car in the parking lot, I saw a man literally pull over at the entrance to the arena to go inside to vote before time ran out. He was almost dragged in by a Gill volunteer to go and vote. He left his car parked at a spot where vehicles aren’t supposed to be. That’s how serious politics gets sometimes. But when you add in this bizarre story of Liberals being signed up as PCs to vote in a nomination without their consent, perhaps there is some lingering ammunition that Gill’s opponents might now exploit in the provincial election.

The debate would have been better for the provincial election had Cluett been the candidate instead of Gill. Cluett is a local municipal politician, and since the Wynne Liberals have been emphasizing their ability to work with municipal leaders during the last few years, it would have been interesting to see if Cluett’s own experiences could verify that such cooperation had produced results. I’m pretty sure that we will see Cluett run for some higher office in the near future.

Nevertheless, Milton is one of those quintessential suburban Ontario ridings around the 905 region surrounding Toronto that Ontario PC leader Patrick Brown needs to win if he wants to form a majority government, and Kathleen Wynne needs to keep if she wants to stay at the helm. It will be one of those “ridings to watch.”