New Barbershop is a Game Changer in Oakville

For so many people, going to the barber is both a practical and pleasant experience—a relaxing endeavour that, ideally, produces great results.

But not all barbershops are created equal, and one unique establishment is dedicated to continuing to change the game and elevate the barber scene in Oakville just two years after changing the scene in Mississauga.

And that establishment is the recently opened icutnfade, a truly unique shop that has taken shape on 3061 George Savage Ave, Unit 1., just off of Dundas Street West. 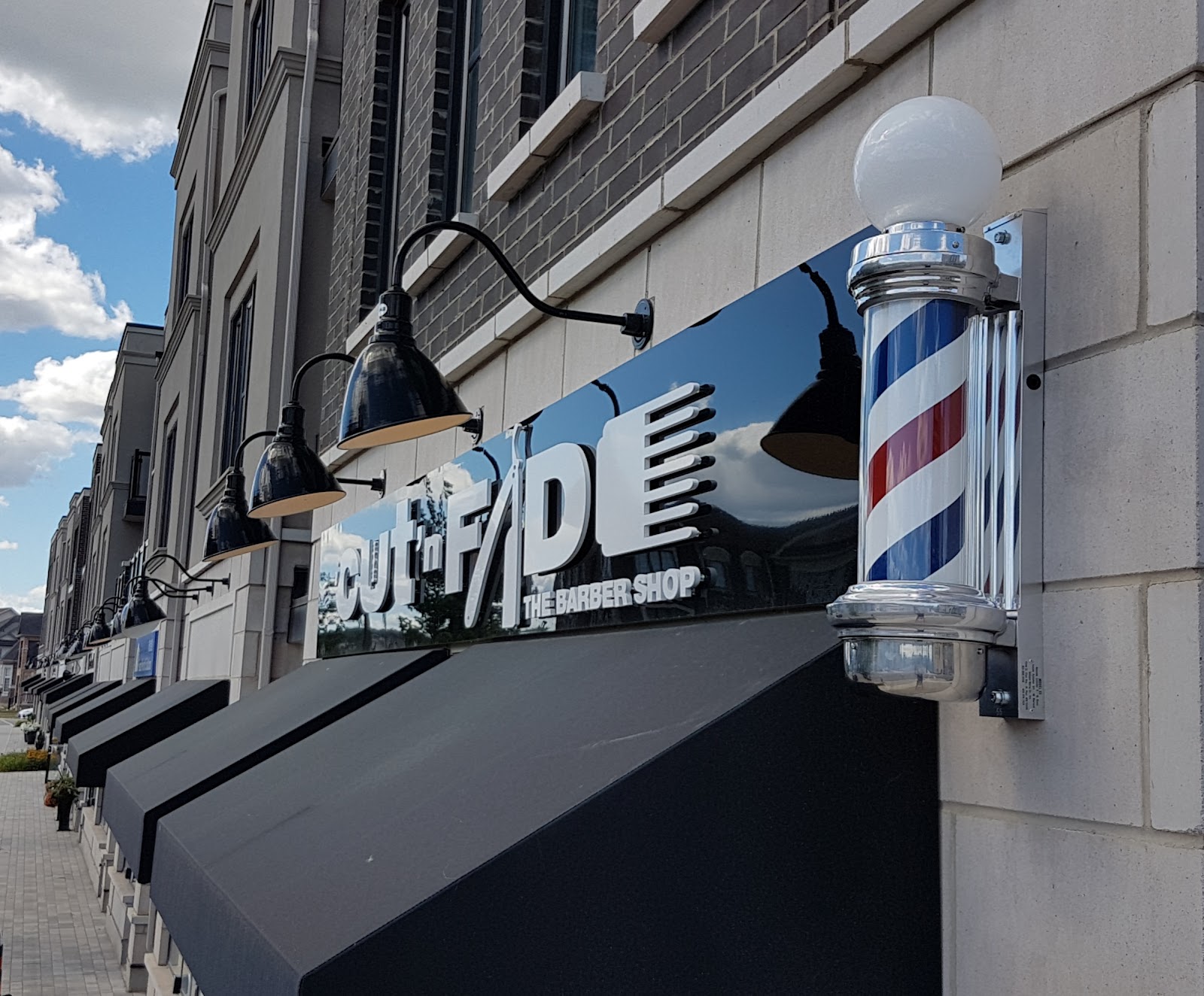 At icutnfade, artistry and customer satisfaction are both paramount—and the dedication to the craft comes as no surprise when you consider the fact that one of the co-founders, Daren “Dee” Vandeyar, has been passionate about hair for most of his life.

In fact, Dee has been in the industry for 30 years, and has been cutting hair since he was just 11 years old.

When Dee was still in elementary school, his older cousin from Trinidad came to visit and stayed with his family for a few weeks. One early morning, Dee witnessed his cousin cutting his own hair with a set of clippers.

Not only was this the first time Dee saw a set of clippers, but it was also the first time he saw anybody cutting their own hair.  Now, Dee was no stranger to at-home haircuts, as his mother used to cut his hair.

But someone cutting their own hair? That was something new—and inspiring.

Fortunately for Dee, his cousin forgot to take his clippers back home with him, prompting him to start experimenting by cutting his own hair. Over time, Dee became more adept with his clippers and eventually began offering to cut other people’s hair.

Always an innovator, Dee started offering $5 cuts to his fellow students at Father Michael Goetz Secondary School in Mississauga. Soon, classmates were lining up for a haircut from Dee.

By the time Dee turned 18, he turned his craft into a profession and started cutting hair at Trinibago Barbershop in the Cooksville neighbourhood in Mississauga. After working at that shop for a few years, he decided to strike out on his own.

In 1997, One Nation—also located in Mississauga—was born. The shop, which served customers for over 10 years, gave Dee an opportunity to perfect not only his craft, but attract even more attention with his professionalism and friendly, personable approach to customer service. At One Nation, people got both incredible haircuts and conversation, and it kept them coming back.

After a successful run with One Nation, Dee looked to evolve and expand his craft in the industry to include hair styling for women. In doing so, he would join renowned hair studios across Mississauga and would further expand his customer base.

In 2016, Dee reignited his entrepreneurial spirit by bringing a new yet simple vision to life - icutnfade. 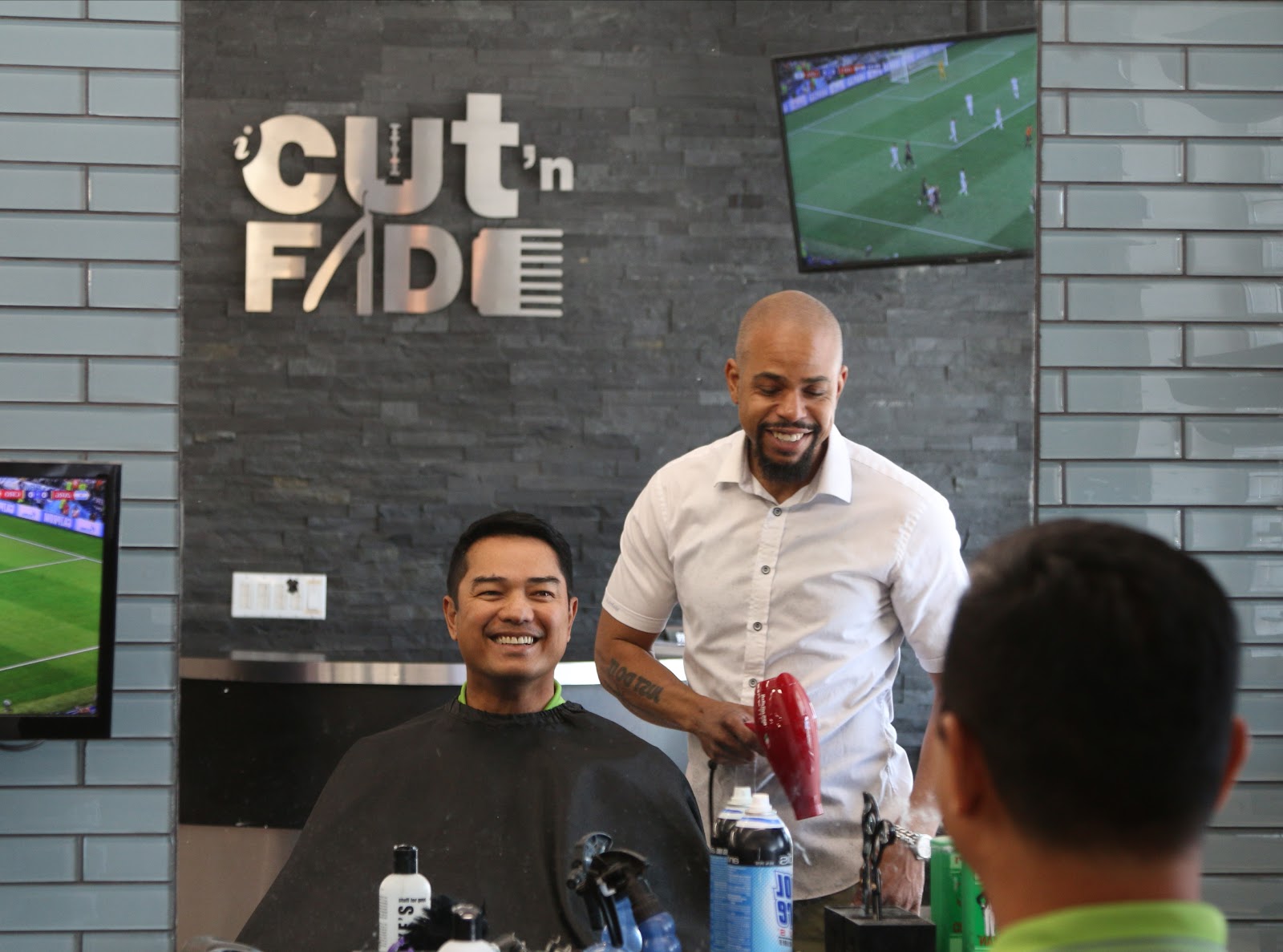 But while barbershops are plentiful in both Oakville and Mississauga (and around the world, really), it can be difficult to find one that offers both exceptional haircuts and memorable—not just competent or efficient—customer service.

When asked what makes Dee and his approach special, his team says he’s unique for his full commitment, passion and artistry. He welcomes all new clients and provides superb customer service to each and every individual he meets, often going above and beyond to ensure that each and every client is fully satisfied.

It also helps that Dee runs a shop that’s full of people who are as passionate as he is. icutnfade is committed to its staff and its growth, and is often on the lookout for both new and experienced hair stylists who are excited to thrive in a laid-back environment that appeals to both staff and customers alike.

Customers do, of course, return for the impeccable haircuts—and returning is convenient because customers can easily book appointments at both locations online. icutnfade has also embraced the latest in hair cutting trends.

Operators point out that the industry has changed for the better as more cultures have adopted what’s known as the Fade. The industry, one that’s unafraid of style, trendsetting and innovation, has become more creative, more precise and more intense. It can offer the old school experience that long-standing patrons crave while still offering a modern touch (and very modern looks).

As for particular service, the shop offers the aforementioned fades, haircut and beard cut packages, beard grooming and hot towel services. The shop can also do haircuts for children.

And while icutnfade has been thriving in Mississauga for sometime, Dee and his team felt like they needed to branch out and serve more customers in the GTA. For that reason, the company’s latest Oakville location was born.

As for what made Oakville the perfect choice, Dee’s team says new residential developments in North Oakville made icutnfade excited to join a growing and diverse community.

In short, icutnfade operators say they want to raise the bar and set a new standard for men’s hair and grooming in Oakville as it has in its short time in Mississauga.

So, what can Oakville customers expect?

Going forward, icutnfade is looking to continually evolve its menu to provide custom-tailored services so that the customer pays fairly and for exactly the service they’re receiving.

For more information or to book an appointment, click here.

Here's Everything You Need to Know About Parking this Family Day at Square One
February isn't everyone's favourite month because of the cold and snow that often accompanies it, but the shortest month of the year has a few things going for—namely Valentine's Day and Family Da
END_OF_DOCUMENT_TOKEN_TO_BE_REPLACED