Man arrested for allegedly hitting police cruiser with sledgehammer in Milton
Burlington urging residents to support local businesses during COVID-19 pandemic
PM, Scheer among MPs to donate pay hike to charities during COVID-19 crisis
Parliament may need to be recalled again to approve wage subsidy program
Anyone caught violating the EMCPA will be fined between $750 and $1,000

An early morning race has ended poorly for both drivers involved.

Halton Police reported around 4:30 a.m. that officers with the District Response Unit put an end to a street race happening in Norval, Halton Hills.

The vehicles were going about 161 km/h in a 60 zone, according to police.

Officers have impounded two vehicles, a Ferrari and Mercedes (reportedly worth over $350,000 combined) for seven days.

Police are taking this opportunity to promote road safety and remind citizens to report aggressive driving when they see it by calling 911. 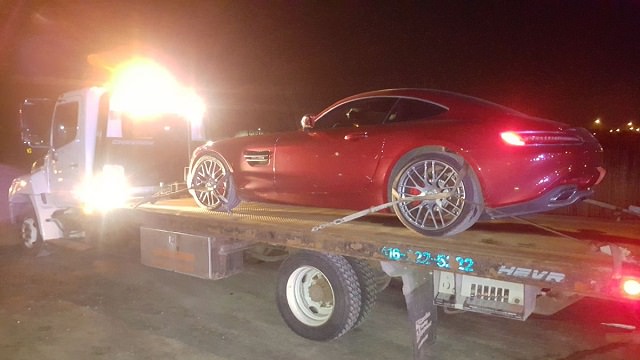